My name is Steve Loates.
And I am an entrepreneur.

My journey began a few years before Juliet’s, way back in 1983 – well maybe more than a few. Yes, I am that experienced.

I learned very early on in my business career that my best option was probably going to be working for myself.

Within the first three years of graduating college with a degree in electronics, I found myself starting and ending five different jobs with five different companies. With the first couple of jobs, I was convinced that I had just not found the right situation for me. But, after jobs four and five, even I had to admit the problem was not with the five companies. I didn’t like to admit it, but I appeared to be the common thread throughout this scenario.

It became obvious that I had a problem with authority, following instructions I didn’t believe in and having others tell me what to do.

My mom called it an independent attitude; I called it strong-willed and decisive and my dad had a completely different name for it. 🙂 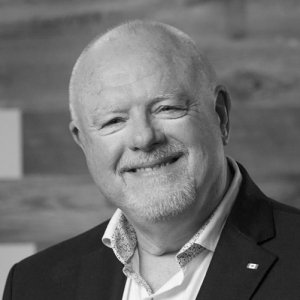 I was an only child and so I believe from an early age that greatly influenced my independence. Without siblings to argue with, I usually got my own way and making decisions and setting my own direction became normal to me.

I have probably always been a bit of an overachiever. At the age of 24, I became the youngest Regional Sales Manager in the history of the wholesale company I was working for, producing triple-digit growth in just over 18 months.

That was followed by the offer that would start me on my entrepreneurial path. At 27, one of my retail accounts was looking to expand and needed a manager to look after their newest retail location. At this point, I had zero experience working in retail, but having observed a number of my own retail clients I believe I understood why some were successful and some were not. This would give me a chance to implement those ideas.

However, I was hesitant at accepting the new role. Although the offer was very appealing, the truth was I didn’t need it. I already had a good job, nice salary with bonuses, car, expense account, travel. But, they were persistent and finally, they asked that all important question…what would it take for me to join them?

I believe the best time to negotiate is when you really don’t care about the outcome and so I said. “I am interested, but am not willing to give up this job for another job…if you want me it must include the opportunity for ownership – I want to be master of my own ship…I want the chance to own a piece of the next business I am going to help build.

We went back and forth and concluded an agreement that was fair to everyone. I would have complete autonomy to run the business and if it reached certain goals I would be given the opportunity to buy part of the business. It was during my retail journey that I also learned that full autonomy also meant full responsibility for success and failure. And so, it began.

Up until then, I had not experienced much self-doubt, but it hit me then when I thought about what I had done…I had a young family and I had just given up a great salary and benefits for the opportunity to run a brand new retail business with zero experience. What did I know about retail? I had never actually worked a day in a retail showroom. Had I completely lost my mind? Perhaps.

Things began well enough. We had a great first year and were profitable. The second year was even better as I reached the necessary goals and so I became a co-owner in the business. The problem was that the early success had made me blind to the things I didn’t know about retail and in year four reality set in. Our top line was $2M plus but our bottom line was negative. My partners were not impressed (remember, I had autonomy) and I was very angry and frustrated with myself. How could we possibly be losing money when we are selling more products than ever?

This brought me to the second important event in my entrepreneurial journey. I was determined to understand the numbers and learn what was going on financially. So, I called my Accountant and told him that I wanted to understand every number, every line and every note on our financial statements. Fortunately for me, he was the type of Accountant every small business owner should have and he was eager to help. He was patient and gave me a crash course in financial statements and taught me why I shouldn’t only be looking at my Income statement and bank balance. He also taught me about profit margins, discounting and inventory turn, things critical to the success of a retail business.

Fast forward a few years and I bought my partners out of the company completely and grew my retail business from one location to two to three to four storefronts and an e-commerce platform. I should explain at this point that one thing my journey has taught me is to not believe in success and failure…only success and learnings. And, I can tell you I experienced both during those years.

During this time I became fascinated with computers and technology, but most of all with the web and the opportunities it presented for small businesses like mine. This was 1997, long before Social Media, Email Marketing or even Google existed. For a number of reasons, I knew that in order for my business to continue to grow and prosper we needed a website so we could take advantage of this thing called the World Wide Web. And, so over the next year or so I learned how to build websites and created one for my own business. I can still remember my excitement the first time the telephone rang in our showroom from someone who had visited our website.

Throughout this time I became an avid student of online marketing and how it could help our business to grow – social media, online advertising, email marketing, Search Engine Optimization – I immersed myself into all of it.

By now, Juliet and I had met and decided we wanted to be partners in life and business, helping each other to grow both of our firms.

And this leads us to 2015. I had now closed the retail business, sold the e-commerce business and was continuing with the online marketing.

However, I wasn’t happy. I am not sure my heart was ever fully committed to the online marketing business. As I worked part-time with Juliet at AIS Solutions I could see the potential and I truly believed if we both were focused on only one business – AIS Solutions – that we could build it into something special.

So, I wound down the online marketing and consulting firm and I joined AIS Solutions on an official full-time basis where I would be responsible for the Business Development (Marketing and Sales) so Juliet could focus her talents and energy on Operations, Team Building and Training.

At the end of 2015, I joined AIS Solutions full time, and we entered into another exciting phase of our business journey with the creation of Kninja. You can learn more about our Kninja story here.

Since 2015, we are very proud and honoured to have been recognized both in and outside of our industry with several awards.

First, we were selected from over 85 local companies as the winner in the small business category for the Chamber of Commerce “Business Excellence Awards”.

That was followed up by being named the Canadian Bookkeeping Firm of the Year by the IPBC.

And, when we didn’t think it could get any better we were incredibly humbled to learn we had been selected from almost 1000 firms globally as the Intuit Global Firm of the Future.

Although we personally receive the awards we know that without our awesome team and great clients there would be no awards at all. Thank you to everyone that has made it possible.