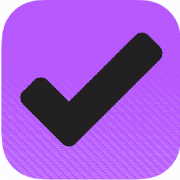 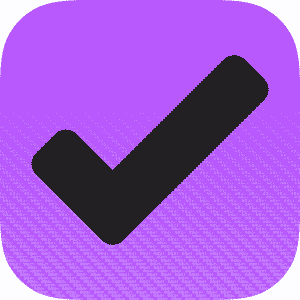 I made some good inroads into this elusive quest last year. I actually found and implemented some tools that DID make my life easier and DID make me more productive. I know that I’ve still got lots of room for improvement, but thought that since I made some headway, I would share what I’ve learned with you so that perhaps you can get there even faster.

Here are my Top 3 Tools/Tech That Improved my Productivity in 2019:

#1 – Omnifocus – My to do list on steroids. I have been searching for a replacement for my pen and paper To Do lists for years. And I mean YEARS. I LOVE my paper and pen. It gives me some kind of comfort to write out a list every morning of the things that I would need to do in a day. Highlighting the item as I finished it always gave me so much satisfaction. I even went high tech with my paper lists by having it divided into 3 columns – 1 column each for AIS, Kninja and Personal, and used different colour highlighters and pens for both the task and completion so that at a glance I knew for example how many Operations or Marketing Tasks I had. But here’s where the paper and pen list was failing me. There were days that I was ambitious about how much I could get done in a day. Okay, let’s be honest, most days I was ambitious. More than anything else, I wanted to get the stuff out of my head and so would write it down. Perfect. I was no longer needing to keep it in my brain, but it would mean that I also wasn’t getting it all done in a day. So either I’d have to rewrite it on the list for the following day, or I’d have to keep both lists so that I wouldn’t lose that uncompleted item. I started with the first method, but was spending so much time carrying things over from day to day, that it was too time consuming. Then I moved to the second method and had multiple page to do lists. I remember in March looking at the pile of lists I was carrying and there were still pages I was carrying around from January! The item that was keeping that list wasn’t a priority, so it didn’t need to get done, but I didn’t want to forget about it completely either. So I just carried the extra page around with me and ended up having a bulldog clip of ToDo Lists that I was lugging around back and forth to the office. (Yup….really high tech). And adding items to the list when I wasn’t at work, or didn’t have my paper and coloured pens with me – don’t get me started!. My system just wasn’t working.

Enter Steve and Omnifocus. Yes, I will give credit where it’s due, and Steve is the one who introduced me to Omnifocus. Full disclosure here, I’d already tried several “To- Do” Apps. Todoist, GQueues, Remember the Milk, just to name a few. So when Steve said “You HAVE to try this new program!” I was skeptical. Full disclosure..I was more than skeptical I scoffed at him. Like literally….. But he was relentless, kept raving about the program, sneaking it’s name into our conversations and bragging about how organized he was. I, on the other hand, was lugging around my bulldogged colourful paper lists, and getting more frustrated and overwhelmed by the day.

My biggest concern with all of the tech lists was that they didn’t give me the flexibility I needed, or an easy way for me to organize and MINIMIZE the lists of things that I had compiled. That more than anything was the important piece – MINIMIZE the list I would have to look at. My paper columns kept me organized, but everytime I picked them up, I would have to see ALL of the other things that were outstanding, not just the one thing that I needed to work on.
Enter OmniFocus – I’ve been able to achieve that minimal list option, with Omnifocus through the use of Projects, Tags and Perspectives. Omnifocus has all the features you’d expect in a ToDo List app, like due dates, and reminders and recurring tasks, so I’m not going to mention any of those. I’m going to share what it does DIFFERENTLY, and why it’s made such a difference for me. The primary feature that I love is the ability to create Perspectives. That’s the ability to slice and dice my humongous task list in numerous ways BUT only look at the list of tasks based upon specific criteria. I’m a time blocker. So Tuesday mornings I work on Kninja Content ideas. I created a Perspective for Kninja Content. Now, when Tuesday morning rolled around, I could ONLY see the tasks that were related to Kninja Marketing due that day or that week. Which was awesome! Because now as I thought of ideas that were good, but I wasn’t yet ready to implement and they were a “Someday/Maybe” item, I could get them out of my head but not see it and read it EVERY time I was working off my Content list. The Perspective feature was a game changer for me.

The other feature that fundamentally made Omnifocus work for me was Siri Shortcuts. Yup, the introduction of shortcuts is creating this whole new relationship between me and my phone :-). It used to be that when I was in my car, or making dinner, or swimming in my pool that I would come up with things I forgot to do, need to do, or want to do. And of course, my Todo list was nowhere close by, so that lingering thought would literally take up headspace until I was in front of my paper lists. Or a lot of times, I would just forget about the item completely until it was too late. Not anymore. Now all I do is say “Siri, add a task to OmniFocus and voila, it’s out of my head and sitting in an inbox for me to review and do something with. The key there is “It’s out of my head”. It’s an amazing feeling. Not only does it work with Siri Shortcuts so that I can dictate my task and someone else adds it to the list, but there is a version for my Mac, my iPhone and my iPad. So no matter where I am, I can add things to my list.

And the last feature of OmniFocus that’s a game changer is the integration with the location feature on my iPhone. Let me give you an example. Steve texts me at 10:00 am and asks me to pick up some wine on the way home (purely hypothetical of course :-)). In the past, I’d write it on a post-it note and stick it on the outside of my purse so that when I was on my way home, I’d remember to go to the LCBO. Not anymore 🙂 I now create a task in OmniFocus and tell it to remind me when I’m NEAR the LCBO. So as I’m driving home, as I’m getting close to the LCBO, the reminder goes off that I have to pick up some wine! It’s brilliant. It’s perfect for grocery lists or Staples runs. So many uses for that location feature.

Considering that this post was supposed to have my Top 3 Productivity tools and I’ve spent the whole blog post talking about only one….you can tell that I love it.

So apparently this topic of my Top 3 Tech Tools is going to be a series 🙂
Besides, I know that I’ve gotten you so excited on this tool that you’re going to check it out before looking at the next ones anyways. I’ll make it easier for you – here’s the website – https://www.omnigroup.com/omnifocus/

If you have an awesome ToDo Organizer App, please let me know about it and WHY you love it, because not everyone’s brains work like mine, so other options may be helpful for others.

**OMNIFOCUS LOGO IS A TRADEMARK OF OMNIGROUP 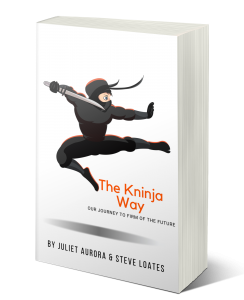